For the past eight years, Diana Chriscille Alvarado has dedicated much of her free time to helping Filipino families in need of heart surgery for their children. While the COVID-19 pandemic delayed operations, Alvarado continued to support families in need. Lexmark has recognized her dedication by naming Alvarado the 2020 Volunteer of the Year.

Alvarado joined Lexmark in 2004 and is a software development manager on the Connected Technology team in Cebu. In 2013, she co-founded the nonprofit organization, Let It Echo, that enables free heart surgeries for children born with congenital heart disease (CHD) in the Philippines. Her passion to help indigent families was inspired by her own heartbreaking experience.

“My first child — a son, Nathan — was born in 2010. A week later we discovered he had CHD affecting all four chambers of his heart and would need surgery before he turned 1,” Alvarado said. “Being in a place where there are limited resources, and few doctors and hospitals equipped to operate on a small heart, it took me many months to find help for Nathan. Unfortunately, he did not survive his surgery at 11 months old. I feel like he left this legacy to help other children.”

Let It Echo is named to represent Alvarado and the other volunteers who are telling their stories to families in need of support and encouragement. Alvarado has helped raise funds for about 300 surgeries, with a 90% success rate. In 2017, the group partnered with Gift of Life International and Rotary Club of Cebu to bring in foreign doctors to train local physicians in Cebu, with the goal of creating a sustainable pediatric cardiology program for local kids. (It has been paused during the pandemic.) Since its inception, Let It Echo has grown to 1,400 volunteers across the Philippines.

“It’s not about one person. It’s about parents helping each other find strength and courage, and knowing we’re not alone in this journey,” Alvarado said.

During 2020, when elective surgeries were halted because of COVID-19, Alvarado continued to raise funds and make arrangements for when surgeries would once again be allowed. Thanks to her efforts, about two dozen children have been sent to Manila for surgery since border controls have been lifted within the Philippines, and more operations are planned. As part of the program, called “Still Healing Little Hearts Even in a Pandemic,” volunteers also provided food and medicine to 120 children with CHD, and arranged virtual support meetings to connect families with pediatric cardiologists, Alvarado and others.

“It’s important to me to talk to parents, offer emotional support, and help them understand what is involved with these surgeries,” Alvarado said. “I want them to partner with us and our doctors in Manila, and join us in raising funds for life-changing treatment for their children.

“Sometimes I work into the early morning hours trying to find help,” Alvarado said. “Four months ago, I got a call about a 5-day-old baby in Cebu that needed heart surgery. He was too young for a commercial flight to Manila and couldn’t wait for the operation, so I emailed the Philippine Air Force and asked if they would transport the infant. At first they thought it was a hoax, but hours later they agreed to help. The baby stayed in Manila for three months and had two heart surgeries, and now he’s back in Cebu and doing well. The parents named me his godparent.”

Alvarado said she worried about having another child after losing her son, but she and her husband, Mac, have since had two healthy daughters, including one born during the pandemic.

"Without a doubt, Diana’s dedication to her cause is unwavering,” said Ryna Deane Gillamac, project manager, content design, who nominated Alvarado for the Volunteer of the Year Award. “Through Diana’s hands-on leadership, more and more heart warriors and heroes have emerged.”

“I'm excited to see Diana receive this award,” said Barbie Carter, director, Software Products. “I have always admired Diana's dedication to this mission and her personal passion that drives it — she is very deserving.”

Lexmark will donate an $ amount to the charity of Alvarado’s choice.

“I feel very humbled and honored to receive this award,” Alvarado said. “I’m extremely proud to be part of a company that recognizes individuals and the importance of community. I could not do what I do without the support of my Lexmark colleagues. I’m excited for the kids who will be beneficiaries of this award.”

A global team of Living the Vision Committee chairs and HR leaders chose Alvarado from among five finalists for the 2020 award.

ECHOing... - the heart and soul of Let It ECHO

GoLI-RCC-VSMMC Partnership for a sustainable program in Cebu

What are my options for surgery of my kid?

Hope in the midst of pandemic - Pediatric Cardiac Mission restarted! 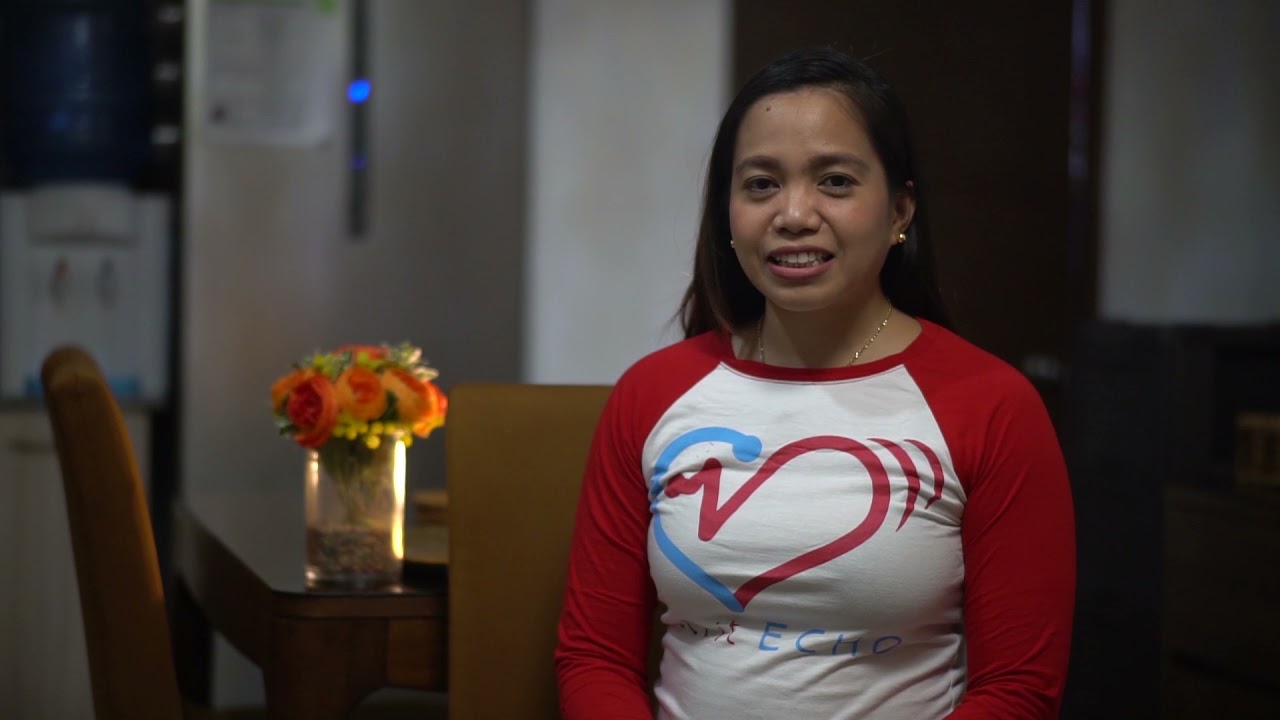 ECHOing... - the heart and soul of Let It ECHO

GoLI-RCC-VSMMC Partnership for a sustainable program in Cebu

What are my options for surgery of my kid?